Spotlight on... the south coast of Anglesey

Anglesey's southern coast is the perfect place to own a property. Its beautiful coastline offers plenty of opportunities for fun activities on the water as well as for enjoying stunning views across the Menai Strait towards Snowdonia's dramatic mountains. With its close proximity to Bangor and the A55 expressway, the area is convenient for days out beyond the island and for commuting to work, for shopping trips and leisure activities.

There are some wonderful towns and villages in this part of Anglesey, each having something unique to offer both residents and visitors.

Menai Bridge sits, as you might expect, at the Anglesey side of Telford's famous engineering marvel and is the third largest settlement on the island.

The town has existed for many centuries - the oldest property still in existence in Menai Bridge dates to the 17th century - though it's possible that, given this is the shortest crossing between the mainland and the island, there has been a settlement here since Roman times.

The Anglesey Coastal Path passes along the waterfront at Menai Bridge, and the town has causeways leading to several small islands in the Menai Strait, including Ynys Faelog, Ynys Gaint, Ynys Castell and Church Island.

Llanfairpwll, as it's known to locals (its full name, Llanfairpwllgwyngyllgogerychwyrndrobwll-llantysiliogogogoch, is a bit of a mouthful) has the longest place name in Europe.

There has been a settlement at Llanfairpwll since the Neolithic age, and it was a tiny settlement of some 16 buildings until Telford's Menai Bridge was built in the 1820s. The village grew and with the construction of the railway from Chester to Holyhead in the 1850s, a local committee put their heads together to find ways to attract more tourism - and thus wealth - to the village, and the long name was created.

Today, the village has some 3,000 inhabitants, 76% of whom speak Welsh fluently. 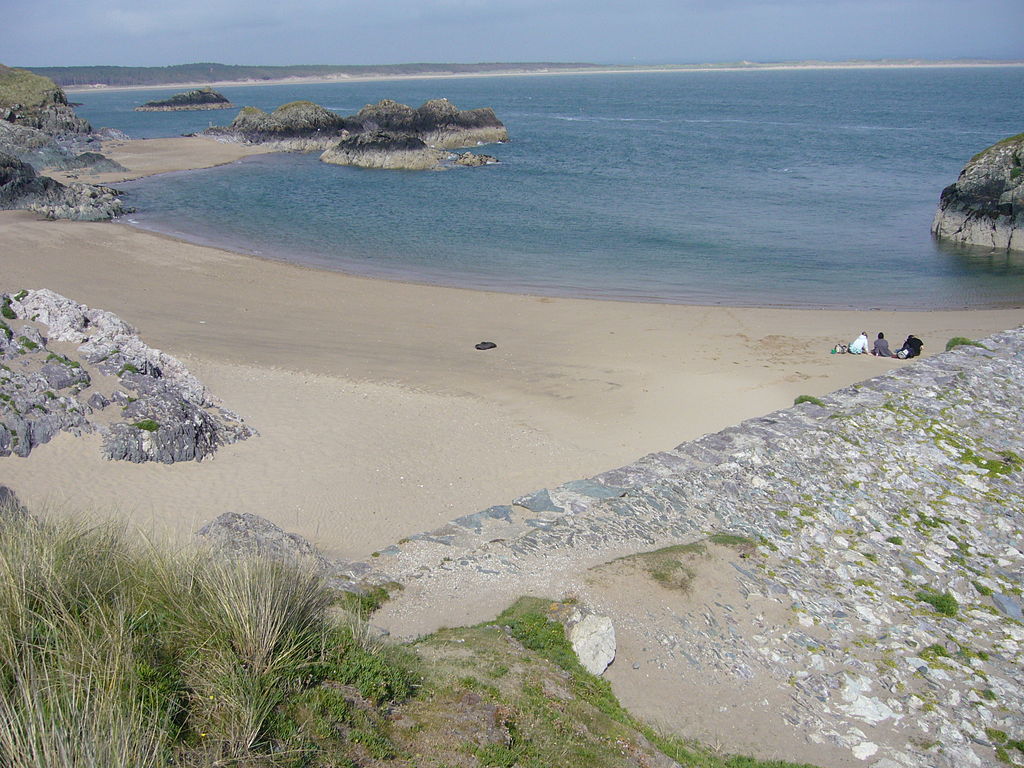 Newborough was founded after Edward I evicted citizens of Llanmaes on the east of the island in order to promote his new town, Beaumaris. By the 1500s Newborough was the county town of Anglesey, and today it's a popular holiday resort and kitesurfing destination.

Newborough Warren is one of the largest areas of sand dunes in the British Isles, and nearby Newborough Forest is popular with walkers. Newborough beach is popular with kitesurfers The sandy Blue Flag beach at Llanddwyn leads to Llanddwyn Island, a rocky promontory a mile in length where the remains of the 16th century church of Dwynwen, the Welsh patron saint of lovers, is located. St Dwynwen's Day is celebrated on 25th January - the Welsh equivalent of St Valentine's Day.

Beaumaris, originally a Viking settlement, is an ancient town boasting a beautiful medieval castle built by Edward I in the late 13th century and which today holds UNESCO World Heritage status. The village is very rich in history and its many historic buildings include the gaol, the courthouse and the 14th century Tudor Rose, one of the oldest original timber-framed buildings in Britain.

One of the best known buildings in Beaumaris is the Bull's Head Inn, built in 1472, which counts Charles Dickens among its best-known patrons.

A popular tourist destination, Beaumaris is also highly sought-after as a place of residence. Its location, its history, its attractive historic buildings and its pier and tidal moorings mark Beaumaris as a highly desirable place to live.