Catch Dafydd Hardy on Homes Under the Hammer 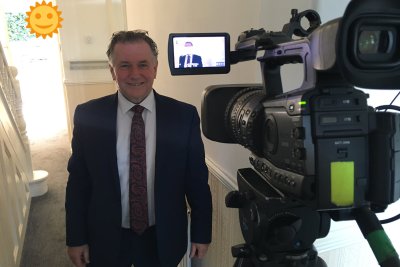 Catch Dafydd Hardy on Homes Under the Hammer

Once again Dafydd Hardy, Director of Dafydd Hardy Estate Agents, has been invited to appear on Homes under the Hammer, one of TV’s most popular property shows.

With many years of experience behind him and his team, Dafydd Hardy will be asked for his expert views on the property, Trem Y Don in Penmaenmawr, which is featured in the episode this Tuesday 17th January on BBC 1 between 10 a.m. and 11 a.m.

Catch up on BBC iPlayer if you miss it!