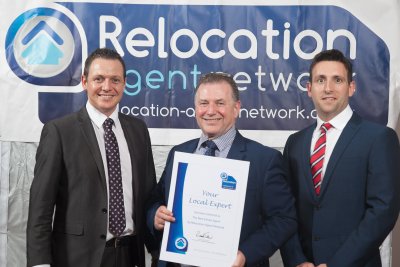 Dafydd Hardy were re-affirmed at the 2014 Relocation Agent Network Conference, which took place at the Park Plaza Riverbank Hotel in Central London on Friday 14 November.

Dafydd Hardy were originally handpicked to be a member of Relocation Agent Network based on strict criteria such as quality of service, local knowledge and professionalism. Through its affiliation to Cartus, the premier provider of relocation services, Relocation Agent Network members help Cartus assist relocating families, offering Dafydd Hardy customers an additional channel of buyer when selling their property.

In addition, Relocation Agents also help their customers through their ‘Referral Network’, which allows Dafydd Hardy to help people who are looking to move out of the local area by referring them to a Relocation Agent in the location they are moving to.

The Conference day included leading business expert speakers, interactive Conference sessions and a trade exhibition. The event culminated in an evening black tie Awards Dinner hosted by acclaimed comedy actor, Stephen Mangan, best known for his role as the delusional and arrogant anaesthetist, Guy Secretan in the hit Channel 4 hospital sitcom, Green Wing. Currently he stars in the BBC 2 comedy, Episodes with Matt LeBlanc. Stephen presented awards to the night’s winning estate agents, including the most coveted Agent of the Year accolade.

Relocation Agent Network Managing Director, Richard Tucker said, “We are thrilled to have re-affirmed Dafydd Hardy’s membership with our Network. They were specially invited to join us and in our opinion, are Gwynedd & Anglesey’s Local Expert for buying and selling.”