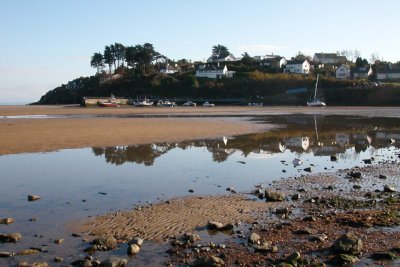 We're excited to announce the opening of our newest office in Abersoch!

Located on the busy High Street in the centre of this small town, we are working alongside Abersoch Holiday Homes.

We're hopeful that our new Aber Venture will encourage more people to look into buying and letting in this natural-beauty spot.

Abersoch, on the east-facing south coast of the Llyn Peninsula, with no more than 900 residents, is a treasure-trove of countryside delights. With its ubiquitous sea-air and stunning panoramic views of sculpted coastline, Abersoch embodies all that is quintessentially sea-side. In the summer, Abersoch transforms into a bustling hive of activity - never far from watersports, or tumbling sand dunes, there is often a live music scene in the evening as well as a veritable melange of restaurants and pubs to choose from. In the quieter seasons, Abersoch is a prime location to unwind and relax. Wrap up warm and enjoy a hot chocolate in a local cafe, while glimpsing the same impressive views but in a more laid-back fashion.

Currently, we're expecting a seasonal office up until winter - where our Caernarfon office will continue to serve this highly sought after and desirable area.